Today, Major League Baseball fans unite in saying farewell to a baseball legend. Vin Scully will take the broadcasting booth for the final time when the Los Angeles Dodgers face off with the San Francisco Giants in the last game of the regular season. When young sports broadcasters begin their careers, they would be grateful to leave a mark on sports like Vin has done with Major League Baseball for the last 67 years.

We tip our hats to you, Vin. Thank you for the wonderful baseball memories. Tune into the game today around 12:05 PM Pacific Time to hear “It’s time for Dodger baseball!” one last time.
Check out some fun facts you might not have known about this broadcasting legend.

1. His childhood baseball team was Dodger rival, New York Giants (San Francisco Giants) Want to hear something funnier? One of his favorite baseball players was none other than San Francisco’s beloved Willie Mays.

2. He was the broadcaster for the legendary 1982 NFL NFC Championship game between the San Francisco 49ers & the Dallas Cowboys. You remember “the catch?”

3. Major League Baseball umpires tip their hats before the beginning of every game.

4. He is in the 1999 baseball film, For the Love of the Game, featuring Kevin Costner.

5. He’s a Hollywood Star! If you’re cruising down Hollywood Boulevard, you will come across Vin Scully’s star. 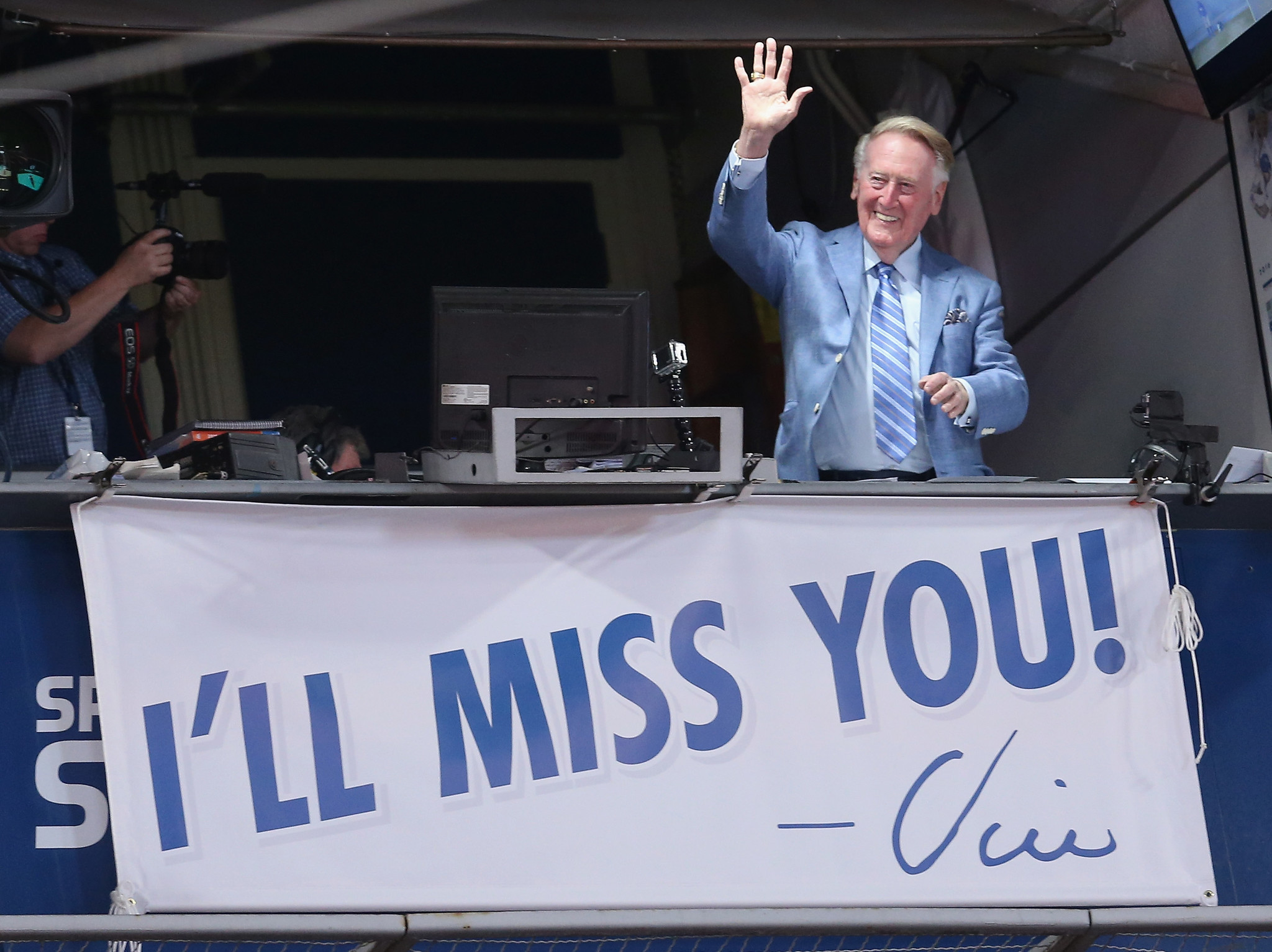