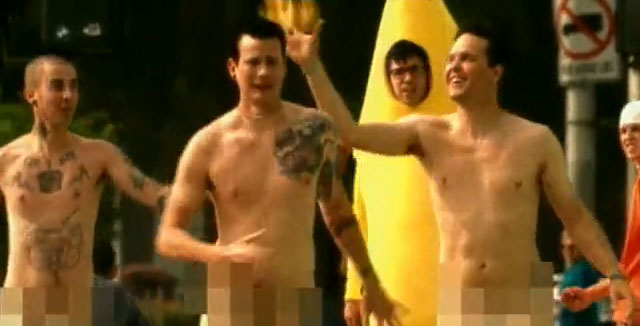 Blink 182: Since the release of their latest album California, the band has been more relevant than ever. Blink’s latest video for the song “She’s Out of Her Mind” is an updated scene from the 1999 song “What’s my Age Again?”

The original video featured the band streaking through LA, but this time instead of the band, it’s three female social media stars. Hannah Stocking, Lele Pons, & Vale Genta (It pays to be in a successful band). The video also features Adam Devine as the nurse whom the girls try to seduce.

The new video launched Thursday October 20, 2016. Many years later from “What’s my Age Again?” Not many bands can stay relevant for this long but Blink has been able to do it.

Check out the video:

Share this:
TopicsBlink 182She's Out Of Her Mind Music VideoWhat's My Age Again?