The biggest problem with Game of Thrones though, is that there are only 10 episodes per season. The season 5 finale aired on June 14, 2015. That’s 10 full months without Game of Thrones. That was a long time ago. A lot has happened since then. The Warriors weren’t even champions yet. There’s a good chance you’ve forgotten much of what happened last season. We’re here to give you a refresher.

This should go without saying but I’ll still say it; there will be spoilers through season 5 in the following paragraphs. If you’re not caught all the way up, don’t read. Stop Now! 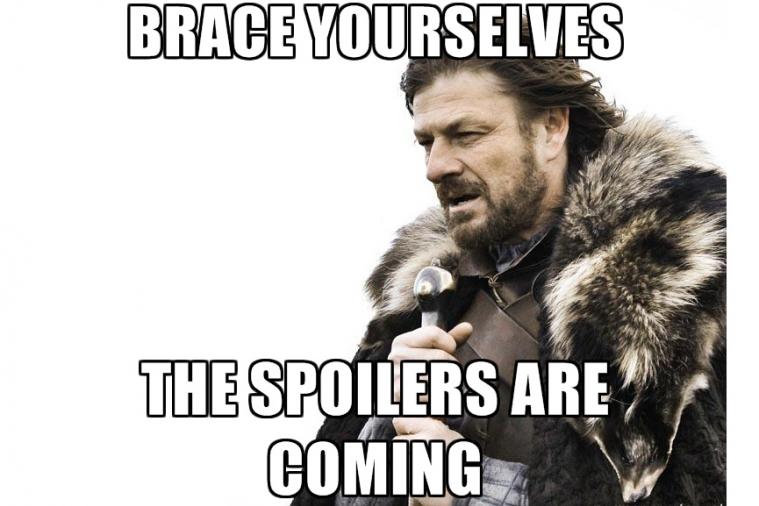 Where should we start? Oh, well Jon Snow fucking died! That was how they ended last season. The members of the Night’s Watch weren’t happy with his leadership so they murdered him, “For the Watch”. A lot of people think he’ll still be alive. I guess we’ll find out tonight.

Elsewhere in the North, Stannis Baratheon sacrificed his daughter to the fire gods resulting in half his army abandoning him. He still decides to attack the Boltons at Winterfell and is easily defeated. Brienne kills Stannis herself finally getting revenge for Renly Baratheon’s murder. While all this is happening, Sansa flees Winterfell with Theon.

In King’s Landing, the Sparrows, a religious extremist group, has pretty much taken control of the city. Cersei is forced by them to walk through the streets of the city naked. Her brother Jaime, is on his way back to King’s Landing with their daughter Myrcella, but she was poisoned before leaving Dorne and dies during their return.

In Mereen, Daenerys is almost assassinated but Tyrion Lannister, Jorah Mormont, Grey Worm, and Daario Naharis help save her. She eventually flees Mereen on one of her dragons but ends up surrounded by Dothraki. Jorah and Daario go after her leaving Tyrion to run the city with the help of Grey Worm, Missandei, and Varys.