This piece is for all you bar rookies and self-titled drinking professionals that claim to understand how to “work” a bar. The only thing worse than being in the presence of a Fireball/RumChata drinking newbie is suffering from the second hand smells that come along with it. I’m talking about the guy who is shooting jäger like it’s crucial to his survival and making sure everyone knows it along the way. 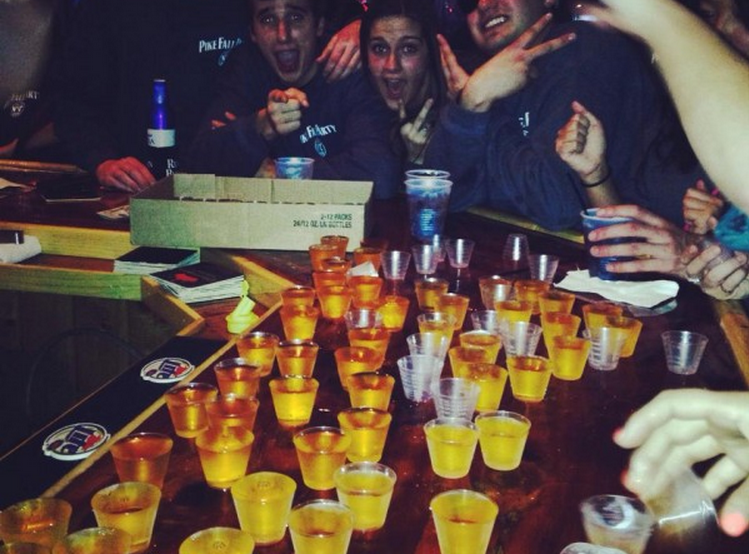 When you walk into a bar don’t just assume you can pull up a stool and sit where you please. One word; SENIORITY. By asking if that seat’s available you’ve already opened a door for conversation and gained a bit of respect from the regulars. Your next move (assuming you are not stopping in for a Quick Beer) is to place your order and never, I repeat, never open a tab. Rookie mistake. Pull out your buddy Andrew Jackson and, no matter how cheap your coors light was, you always let the bar tender keep the change. ALWAYS.

Now a few things just happened here. First, you gained the respect of the bartender and you’re instantly on his or her good side. Second, you don’t look like a college freshman worried about a few bucks spent in order to establish yourself in the drinking hierarchy that surrounds you. Lastly, when that bartender notices your drink…… Hold the fuck on. I’m at a bar as I’m writing this. The business professional next to me in a suit just hit on the girl next to him and discussed how much he likes RumChata and Fireball. Sorry bro, game over. I could whip out my under sized third leg and have it sit on the barstool next to me and still have a better shot than you. Anyways I digress….  As I was saying, when the bartender notices your drink’s running dry, you can bet your hangover that you are their priority. Mission accomplished. You are now in control. IE power move mother fucker. RumChata man will have to wait because your top shelf Vodka is nobody’s bitch.

At this point you are asking, do I drop another dead prez!?  Hell no. You flex the fuck out of the bar and open a tab. Pull out the plastic and now they know you mean business. Keep in mind, I’m drinking as I am writing so I hope my literary formality is declining at the same rate as my sobriety.
Congratulations. You now own the bar. The last move is to thank your bartender by name, ask when they work next, and thank them by name. Kudos I knew you had a little Captain in you!