The current season of the Comedy Central sketch comedy show will be its last.  The show, starring Keegan-Michael Key and Jordan Peele, is in its fifth season and debuted in January 2012.  Back then, we never would have expected the show to be what it has become.  It looked like it was just going to be some stupid Comedy Central show with two guys from the little watched SNL competitor, MadTV.  Instead we got some incredibly funny and very smart social and racial commentary. Key and Peele found the right place on the network of South Park and The Daily Show.  It became a worthy successor to Chappelle’s Show.  It is very much its own show though.  Key and Peele is the most cinematic sketch show ever, in stark contrast to the obviously staged Saturday Night Live.  Key and Peele had action set pieces, location shoots, special effects, and even had sketches in widescreen aspect ratios.  So much work went into their shows that I’m not surprised they’re calling it quits.

We joked earlier about how Keegan-Michael Key got an Emmy nomination but Jordan Peele did not (The irony we ignored was that he was nominated as a supporting actor for a show with his name in the title).  Did this have anything to do with this news?  I couldn’t choose between the two comedians but the market seems to have chosen Key.  He’s recently appeared (without Peele) in It’s Always Sunny in Philadelphia, Let’s Be Cops, Horrible Bosses 2, Parks and Recreations, and Tomorrowland among others.  Jordan Peele has been much less active.  Is this a potential Simon and Garfunkel situation? 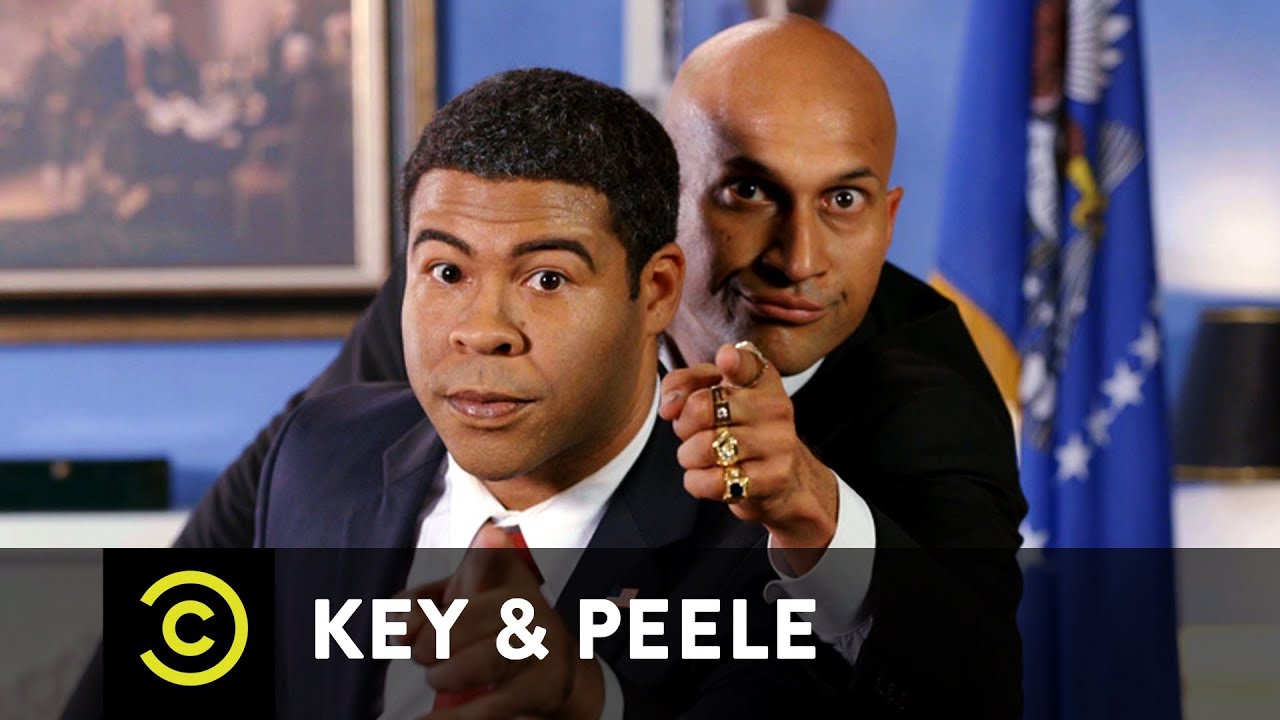 No.  They were just in the TV  show Fargo together last year and just recently completed filming, Keanu, a movie that Jordan Peele wrote.  I’m not sure if it has to do with the Matrix actor but I’m intrigued.  They said that they will continue to work together; they’re just not going to do the show anymore.

If you’re unfamiliar with the show you probably stopped reading a long time ago.  Just in case, here are some of their sketches:

There are so many more great sketches they made.  They’re all up on YouTube to watch too.  The final season continues to air Wednesdays at 10 PM through September on Comedy Central.