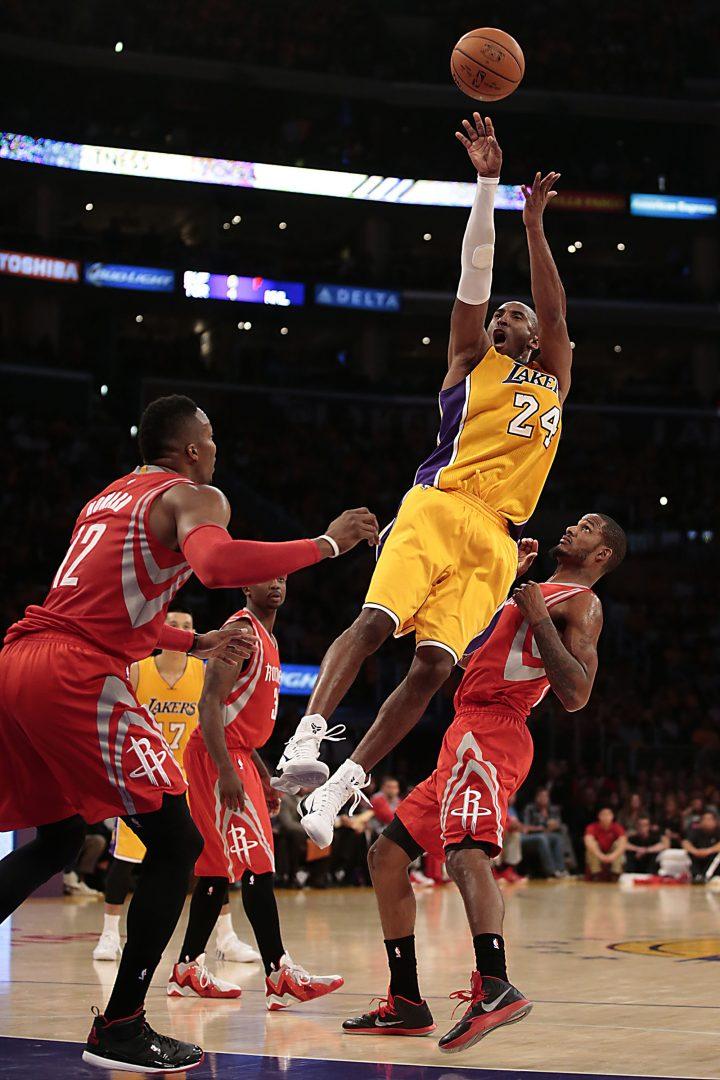 Kobe Bryant, one of the greatest basketball players of all time, is ending his career today. Lets look back to his life and his accomplishments. He started his career in 1996 as a first round pick (Pick 13), straight out of high school, to the lakers. He played his whole career playing for the gold and purple, something not many other players can say. He is at the top in basketball history, with more championships and MVPs that the rest can only dream of. He became the franchise, representing the team, what was happening with the team, ultimately was reflected on him. The phrase “KOBE!” is synonymous with a perfect shot. Think about it, just screaming a person’s name reflects perfection in a sport. No one screams, “TIGER” when they sink a put or “Manning” when a pass is completed. There is a lot to say about that. With this being said, let’s let the stats, highlights, and pictures speak for themselves. 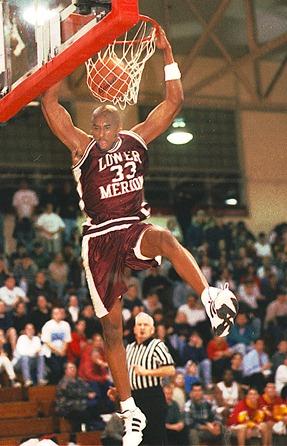 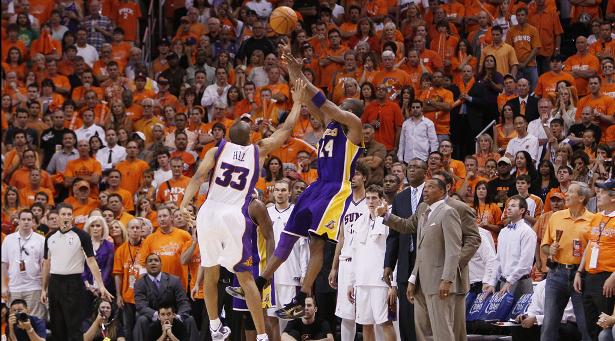