The Revenant opens in wide release January 8th. I had the chance to see it a couple weeks ago, and what I saw was mesmerizing.

From the opening scene you are captivated. Director Alejandro González Iñárritu, he brought you Birdman and Babel… brings you a story of a group of frontiersmen traveling across a frozen terrain, with the help of Hugh Glass, (Leonardo DiCaprio) and his son. After being brutally mauled by a bear, yes, that scene is very intense. The gang is forced to split apart.

I’ll limit the spoilers as best I can, let’s skip ahead to the part where Leo is left for dead. His body is broken. As if that wasn’t enough, he is then devastated by the death of his son, he must heal himself, survive the brutal cold, and catch up with the gang and seek revenge on John Fitzgerald (Tom Hardy).

Let’s just break down the weather for a second. Can we all just look back in awe of the people who lived back in the 1800’s, particularly in the more inland regions that have winters? I mean wow, how are we alive now? There is no way more than 10% of people now could survive back then.

Tom Hardy plays a devilishly good villain, we already saw that in The Dark Knight Rises and The Revenant is no exception. He has company from a familiar face, Will Poulter (We Are The Miller’s, The Maze Runner.) No, he’s not a secondary villain, but forced to follow the actions of John Fitzgerald.

This is no doubt one of the harshest films we’ve ever seen Leo in. Sure he froze to death holding on to that door in the Titanic, but that was shot on the lot. This film, shot on location in Calgary, for the most part shows the challenges facing everyone in that era. The harshness of the climate, the ruthlessness of the animals. The 1820’s surely appear to be a b*tch to live in.

Let’s fast forward to the end, while Leo is tracking Tom a small avalanche appears on a cliff not too far away from Leo, but far enough it shouldn’t be a problem. However, with all that has already happened to him, it wouldn’t surprise you if that sent him under fifteen feet of snow. Does it? You’ll have to watch… we are trying to be spoiler free after all. He finally catches up to him and at last the brutal battle begins! Let’s just leave it at that.

I sincerely hope to see him accept that Oscar in February, however who’s in his path to that? We’ve got some talent; 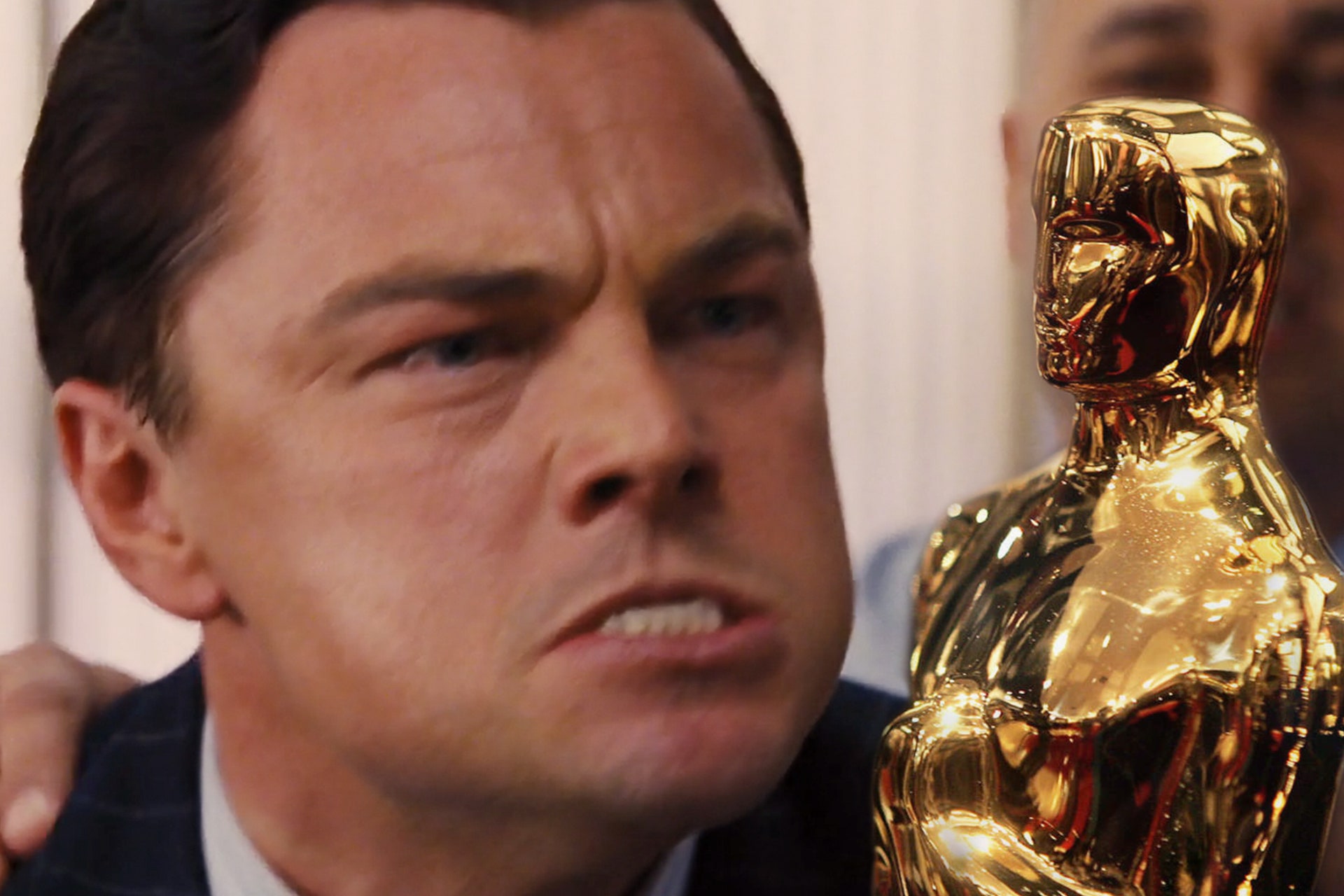 There is some serious competition there, however, I think the clear cut winner is Leonardo. Right now, The Revenant is sitting at an 82% on Rotten Tomatoes, not bad, I think it’s about there, maybe a little better… certainly not a movie I would watch once a month, but I’d definitely watch it again.

So with all that said, are you going to see The Revenant?