In 2011, when movie rental and streaming service Netflix announced they would get into original programming with the political drama House of Cards, I was skeptical. Intrigued but skeptical. Was this a one time thing? Did Netflix expect to make money from the show? House of Cards eventually premiered in early 2013 and was an immediate hit. The show now has 32 Emmy nominations for its three seasons. But I still wondered, would Netflix be a one hit wonder?

Then they announced that they would be reviving the cult comedy Arrested Development for a fourth season. Now I was a believer. Netflix was going to right all the wrongs of TV. They would save the industry. After that came Orange is the New Black, which received 12 Emmy nominations for its first season. Netflix was now a hitmaker. Everyone knew Netflix now.

Since then they have continued to put out great original content. Bojack Horseman, Bloodline, the Unbreakable Kimmy Schmidt, Narcos, Marvel’s Daredevil and Jessica Jones, Beasts of No Nation, and most recently Master of None. All hits for Netflix. So do they have a perfect track record?

No. Just this Friday, Netflix released The Ridiculous Six starring and written by Adam Sandler. This was the first in a four movie deal Sandler signed with Netflix. That means there’s three more to come too. I don’t know if you’ve seen an Adam Sandler movie lately but they’re not good. This movie is no exception.

I like Sandler’s movies too. His movies from the 90’s are still funny to me and the stuff he had done before five years ago for the most part was okay. Now they’re just bad. I don’t think there’s any coming back for Sandler.

In The Ridiculous Six, Sandler plays a white man raised by Natives who just happens to be great at everything. After his biological father is kidnapped he decides to steal $50,000 to save him. On his journey he meets with various friends who all happen to share his biological father. These other five members of the “six” are played by Rob Schneider, Taylor Lautner, Jorge Garcia, Luke Wilson, and Terry Crews. All of these characters are pretty stupid.

The biggest problem with the movie is that it just isn’t funny. There are stretches where none of the jokes land. The best scenes of the movie are when the six interact with outside characters who happened to be played by good actors. Steve Buscemi as an old time doctor, Harvey Keitel as a casino owner, and John Turturro as the founder of baseball Abner Doubleday are highlights. Those guys can’t save the movie though.

The Ridiculous Six is definitely a miss for Netflix but it isn’t there only one. They have their own “Ridiculous Six” of original programming.

This comedy has an All-Star cast featuring Lily Tomlin. Jane Fonda, and Martin Sheen. The show hasn’t lived up to its cast though.

This Sci-Fi drama from the Wachowskis just didn’t seem to work. They hadn’t had a hit in theaters in a while so it’s not surprising they didn’t have a hit on Netflix.

After the success of Game of Thrones, Netflix tried their hand at a middle ages epic. It didn’t come close to resonating with audiences like Game of Thrones has.

After the AMC mystery The Killing was canceled after three seasons by AMC, Netflix picked up the show for a fourth and final season of six episodes. The season didn’t add anything to the series and didn’t give fans any real closure. Kind of a waste for Netflix. 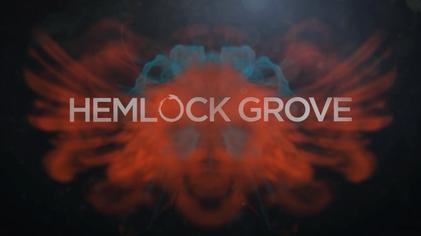 Hemlock Grove was the second Netflix original to premiere. It was almost universally panned. Netflix said it got enough viewers for a second season which got even worse reviews. A third season was recently released to. Hemlock Grove might be Netflix’s worst work but it’s still going strong.

This newly released sitcom starring Rob Schneider has gone over as well as his movies, meaning not well. It may seem like Netflix is in the Rob Schneider business after this show and The Ridiculous Six, but the reports are that Schneider paid for much of the production. Netflix bought the show after it was already made.