The Jurassic Park series has had some great characters but we do have to point out that only one character from the series will be returning in Jurassic World.

That one character is Dr. Henry Wu, a small character from the original Jurassic Park film. We don’t want to forget about all the great characters we won’t be seeing next week though so we have come up with a top five. 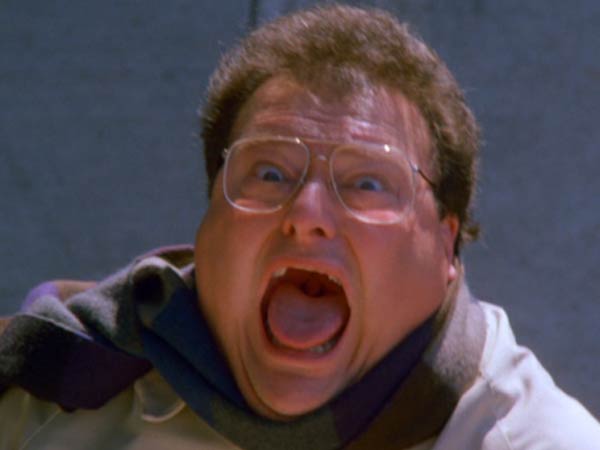 Newman is one of the funniest characters in the series yet he is also incredibly vital. He shuts down the security system and power to the park allowing the dinosaurs to escape. Without him the first movie is probably pretty boring. He also dies in a very pathetic way to the delight of the audience. Thank you Newman for sacrificing your life to entertain us.

Sam Jackson was another great character in the first movie. In the movie he is Newman’s coworker who tries to turn the power back on. Like Newman, he also dies but we never see it happen. We do get to see his detached arm though. Before he dies he gets to say “Hold onto your butts” which is good enough to land him the number four spot.

Dr. Ian Malcolm is played by Jeff Goldblum. Even if the character had no speaking lines the fact that Goldblum is playing him would be good enough for the number three spot. Dr. Ian Malcolm is the smartest guy in the whole series. He’s a math genius who was able to predict, using math, that the park would have problems. In one scene, he uses complex mathematical equations to determine that the Jeep he was traveling in must go faster if they wanted to outrun the Tyrannosaurus Rex chasing them. Genius. Smarts might get you to number two but it’s not good enough for the number one spot.

In order to be number one you need to be heroic, be charismatic, and have immense sex appeal. Dr. Ian Malcolm has all that and more. There’s no one else you’d rather see on your screen when watching a Jurassic movie than Dr. Ian Malcolm.

There’s a reason he was the only main character to return for the sequel. Can you imagine how bad the Lost World would be without him? It really wasn’t that good with him.