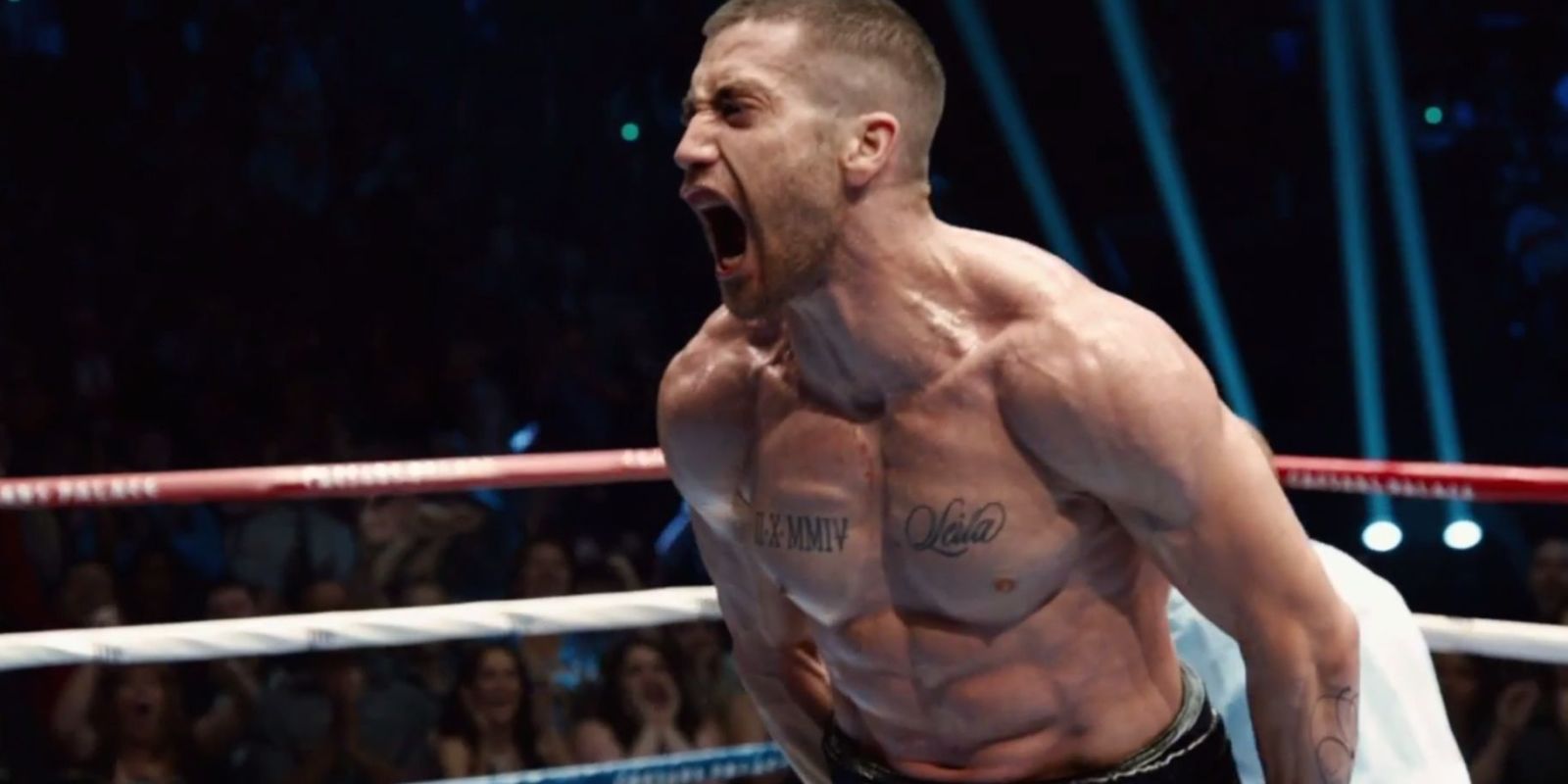 A new boxing movie starring Jake Gyllenhaal called Southpaw comes out Today. The movie is directed by Antoine Fuqua, director of Training Day, and written by Kurt Sutter, creator of Sons of Anarchy. Sounds like a good team but we’re really only concerned with the star.

We’ll be judging Gyllenhaal against six other actors who starred in boxing movies. We’ll evaluate the actors in three key categories. The first category is believability as a boxer (B). We have to buy the actor could really be a boxer.

The next category is how good the actor looks (GL). Actors in boxing movies often go through drastic transformations to get into shape for their roles. They usually end up looking really good. We like our stars more when they look good.

The final category is acting ability (A). This is important for every movie genre. The top actor in each category will receive seven points and the bottom one point.

Believability: He gets six points for believability because he actually was a boxer. Before he was famous, he worked as a boxing instructor. That’s how he got his start in the entertainment industry. He volunteered to train Jimmy Kimmel, then the sports guy for a radio show, for a boxing match. They became friends and worked together for many years.

Good Looks: Carolla is not a movie star and does not have movie star looks. It’s not just his lack of acting ability that has kept him in the auditory mediums of radio and podcasting. Carolla is kind of weird looking, even for a non superstar actor. We mentioned that most actors get in great shape to play boxers. In Carolla’s movie, he plays an old boxer who still had amateur eligibility. He’s an underdog who doesn’t belong there and his body is out of place as well.

Acting Ability: One of these guys clearly does not belong. Carolla is a radio and podcast host, not an actor, but he did make a good boxing movie. He can’t compete with the rest of the contenders, all A-List actors, in the acting department.

Sorry Adam, but you should just be happy you were nominated. Believability: Stallone has played the Rocky character so many times it’s surprising he’s not really a boxer. He definitely looks the part though. Aside from Rocky, Stallone is known for playing other tough guys. It isn’t too hard imagining Stallone actually competing.

Good Looks: In the earlier films, Stallone definitely had the body of a boxer. He worked out very hard to achieve that boxer’s body. That face though. Stallone is not known for his good looks. Even before the Rocky movies, his face looked like it had been knocked in more than a few times.

Acting Ability: Stallone might be underrated as an actor. His voice makes people think he is dumber than he actually is. Still, the guys ahead of him are all fantastic actors. Stallone does have an Oscar nomination, for the first Rocky, but the actors ahead of him have 14 nominations between them.

Stallone’s Rocky is probably the most iconic boxing character. How is he sixth? The top five have a lot going for them, that’s why.

Believability: Gyllenhaal is not an action star. He’s never played an athlete. Before seeing pictures of him as his Southpaw character you would never believe he could be a convincing boxer. If I had told you he was going to be in a boxing movie you would think he was playing the main character’s weird friend.

Good Looks: He does look amazing in this movie though. You see the picture, right? Wow! What a transformation. Jake was already a good looking guy. He got in ridiculous shape for this movie and it works for him.

Acting Ability: Jake Gyllenhaal is a phenomenal actor and I’m not sure many people realize it. His recent run of movies: Source Code, End of Watch, Prisoners, Enemy, and Nightcrawler is one of the best runs for any actor ever. Seriously, all those movies are really good and he’s good in all of them.

Gyllenhaal has a lot of great qualities but maybe a boxing movie was not the best choice. The reviews of Southpaw have been mixed so far.

Believability: This is no knock against De Niro. He was very believable as Jake LaMotta. The guys ahead of him are just more believable. They’re all much better known for the physicality than De Niro.

Good Looks: Robert De Niro is not known for his looks. In Raging Bull he looks anywhere from below average to disgusting.

Acting Ability: De Niro won the Academy Award for this movie. Despite his later career, I’m confident in declaring him the best actor of this group.

De Niro is the best actor and Raging Bull is probably the best movie of the group but that’s not what we’re measuring.

Believability: Will Smith looked the part for this movie. I could see him as an athlete. He did knock out an alien with a single punch one.

Good Looks: Will Smith is a good looking man. He looked even better after getting in shape to play Muhammad Ali.

Acting Ability: Smith is a good actor when he wants to be. He has two best actor nominations. He doesn’t have as many great performances as the guys in front of him though.

Believability: Russell Crowe isn’t really thought of as an action star or athlete. He doesn’t have the body of a boxer. So why is he believable as a boxer?  First, he is from New Zealand. That part of the world is known for fighting. Also, he’s lived up to that New Zealand reputation with multiple incidents.  In 1999 he was in a fight at an Australian Hotel.  In 2002 he was involved in a brawl at London restaurant. Finally, in 2005 Crowe was arrested for throwing a phone at a hotel employee. There’s also this:

Good Looks: Crowe isn’t bad looking but he’s not that good looking either. I wouldn’t tell him that though.

Acting Ability: Russell Crowe is one of the best actors of this era. He was nominated for three best actor Oscars in a row.

Russell Crowe has the full package and that earned him second place.

Good Looks: Mark Wahlberg is very attractive. He may be the most attractive person in the world. He’s clearly number one in this group. He likely had to tone down his attractiveness to play a boxer with a 38-13 career record though.

Acting Ability: Mark Wahlberg can be a good actor. Who cares though? All we want from him is to look cool and kick ass.