The United States government hasn’t exactly been in good graces financially lately. Owing about 1.3 Trillion to China alone, not exactly prideful. Meanwhile, you have mini villains like “El Chapo” running amok, killing any man who gets in
the way of his little self or his money. What are the potential presidential elects talking about to fix it? Tax reforms? What about a way to kill two birds with the same stoner? 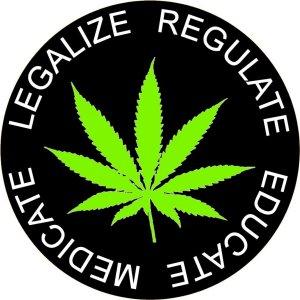 In 2014, Colorado legalized marijuana and the results were as expected. Tax revenue shot through the roof and nobody killed anybody over it. They pulled down roughly 44 million dollars in tax money solely off the legalization of marijuana. Oh and this year, they are projected to rake in about 125 million. So now you’re asking yourself, why hasn’t the rest of the country taken notes on this? We are asking the same thing.
NerdWallet ran some numbers and estimated that the U.S. could pull in about 3.1 billion a year in the taxation of cannabis. For those of you in California, you stand to profit the most, seeing as they are the 6th largest economy in the world. They would stand to gain about 520 million a year. Surely that money could help with some of that freeway construction, or their homeless problem.

Next question, who is opposing the legalization? The police, they have a large pull in the elections… with that pull is a chunk of change. Change that won’t go to the candidates election campaigns if they are for legalizing. Reason being, the police make a lot of money off arrests and tickets to cabannis smokers.

Also, the cause isn’t being helped the consumers of marijuana either. In many areas it’s so easy to get a medical card that the biggest stoners don’t even care about legalization. In 2010, legalization failed in California partially due to many regular smokers fears that legalizing would result in more regulation than what medical card holders had to face.

So, is there a large demand for an illegal drug? I’m not sure if you’re from this planet or not, but weed is basically as accessible as Pepsi. A recent poll indicated about 1 in 17 college students smoke weed daily almost daily basis. So where is this coming from? Illegal drug sales is a big business, it’s estimated to be about a 360 billion dollar a year business. As for cannabis, about 75 billion from that slice of pot pie. You’ve gotta ask yourself, where would you rather that money go to? Government or illegal drug empires?

All in all, solely on a bottom line standpoint the numbers alone should sway your vote towards the legalization. I’m not a blow-hard, I’m not a smoker, I could care less what people do to themselves, so long as they are not harming others, and are paying taxes, you are free to do as you please. So puff a jay if that’s what tickles your fancy, legalizing it should tickle the governments fancy, they are the biggest business after all… right?